Dawn Bailey is a woman displaying a profound calling on her life. Her transformational life journey has brought her to a new dawn, which is the meaning of aurora.

In her early 30’s Dawn began to explore complementary therapies, to resolve a variety of health issues that she was unable to understand or resolve through orthodox medicine. She embarked on a Kinesiology course and within a few months, experienced significant shifts, stimulating a desire to complete a full diploma course and later set up a school of Kinesiology.

After the death of her Mother from cancer a few years later, Dawn had a strong need to understand the deeper emotions that sit behind so many health conditions. Further training and the opportunity to work closely with hundreds of clients, some with significant emotional challenges, expanded her knowledge of subconscious patterns of behaviour and how it may impact our ability to heal.

Dawns beautiful daughter became the inspiration needed to begin her personal journey. Uncovering many uncomfortable, yet liberating realisations, of how her own childhood traumas, as well as the programming and experiences of her parents, have impacted areas of her life and wellbeing. These transformational realisations have allowed her to parent in a new way. With support, to bring awareness and release the way the emotions were stored in her body. Dawn has gained more resilience, peace and a recognition of all the gifts and tools those experiences have given her.

In recent years, Dawn made the decision to seek out her potential and open into new awareness and a new wave of transformation in her life. She began to recognise that so many deeply embedded patterns and feelings of disempowerment or ‘not good enough’ that had held her back, were mirrored in some form, with every woman she has worked with over the past 20 years!

Exploring the impact on our behaviours, from thousands of years of female oppression, has given her a greater understanding of how to support women relinquish false beliefs and to reconnect with their inherent feminine wisdom.

As Dawn says: Being a witness to the loss of power and suppression that significantly impacted my mother’s life, I decided that I would do whatever it takes to find freedom and have a voice. There have been many times when I have inadvertently given away my power, and felt lost, not knowing which way to turn, but something kept pulling me to find the courage and trust, to move forward. I have learnt to listen to the inner guidance that there is something more and acknowledge all feelings and desires. My biggest challenges have allowed my greatest breakthroughs. I now have a deep calling to support other women to open into the truth of who they are and understand their boundless nature.

“I now have a deep calling to support other women to open into the truth of who they are.”

Dawn continues to do her personal work and she is being held in that process as it has become so powerfully clear to her that we cannot fully become ourselves, by ourselves.

The Aurora journey is all about personal transformation, self-healing and empowerment. In this process I will open transformational pathways for you to discover yourself, your power and your purpose. 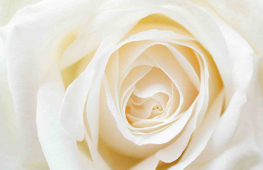 Enjoy a free healing meditation, my gift to you